7 Things To Do In Kampala Things to do in Kampala

Kampala is the shiny jewel of East Africa. Despite being the capital and the largest city of Uganda, Kampala has some amazing twists to it. The engaging and dynamic nature of the city remains a marvel to all who visit every year. Nearly all of its areas are hassle-free and there are plenty of attraction sites to keep you busy during your stay.

As the heartbeat of the nation, Kampala is blessed with a rich and colorful history. Ranging from fascinating places to the very compounds where the entire country was run before the intervention of the colonials masters, the tourist’s locations are almost inexhaustible.

With an annual population growth rate of 4.03%, Kampala is ranked the 13th fastest growing city on the planet, according to City Mayors. While Mercer, a global development consulting agency located in New York has ranked Kampala to be the best city to live in East Africa.

The city has several faces. Central Kampala, in particular, has its occasional chaotic traffic jam thanks to the ever-increasing number of shoppers, hawkers, and taxis roaming its streets.

Regardless of where you may find yourself in Kampala, here are 7 things you should not miss out on doing before leaving East Africa’s glowing city.

1. A Visit to Kasubi Tombs

Visiting the famous Kasubi Tombs will no doubt give you an insight into the rich history of the East African Country. The site is home to the burial grounds of members of the special warrior tribe and past royalties of the Buganda Empire.

The Tomb is perhaps the most important political and spiritual site in the country. In 2001, it was listed among UNESCO’s World Heritage Sites. Unfortunately, 2010 witnessed a fire incident that took out almost half of the Tomb’s major buildings.

Idi Amin’s reign is a part of Uganda’s history that cannot be wiped out. The inhuman treatments of the country’s populace and those that were publicly against the government as at then, have now become tales told to tourists who visit the country every year.

One of such places where you can learn more about Idi Amin’s reign is Idi Amin’s Torture Chambers located just beside Lubiri Palace. The prison framework didn’t have bars, so prisoners held there were made to think that there was a way to make an easy escape. Unknown to them, the chambers and hallway were not on the same level. This created a ditch filled with electrified water. So once the prisoners made their way into the water in a bid to escape, they were electrocuted to death.

3. Experience A Day In Owino Market

This is currently the largest market in the whole of East Africa. If you are not careful, you could get lost while trying to make your way through the market. However, it worth the risk as you are bound to find lots of interesting things on display. This includes clothes, electronics, food, and fruits. One thing is for sure, you must have the guts to bargain and do not bring any valuables along.

You do not want to leave the country without adding some local crafts to your antique collection. Buganda Craft Village is home to thousands of locally made crafts like sculptures, bracelets, necklaces, clothes, banana leaf animals, clothes, paintings, doll, and bags. And like I said earlier, you must never be shy to bargain.

One of a kind. #nofilter #lakevictoriaUganda

5. Experience The Thrills of Lake Victoria

If you know Uganda, then there is a high chance that you have also heard about Lake Victoria. In fact, your visit to the country is not complete without paying a visit to Lake Victoria. It is the second largest freshwater lake in the world! So the excitement associated with this tourist site is limitless.

You can get things started by taking a short boat tour of the lake. Several cruise opportunities are available at affordable prices, so you don’t have to worry about spending beyond your budget. In the state capital, there are decent lakeside hotels where you can lodge to enjoy amazing delicacies and breath-taking views. If you have time to spare, you can check out local fishing hubs in Ggaba and Jinja too.

Pay a visit to one of the largest mosques in Africa. While the country’s dictator started the process of building the mosque, Gaddafi completed it on his behalf when funds ran dry. The Mosque which is also known as the Ugandan National Mosque is visited by thousands of people on a yearly basis.

If you have very little time left, you can conveniently end your tour of Kampala here. Old Taxi Park gives you the opportunity to take memorable pictures that you can flaunt when you get back home. You’d be amazed at the number of minibuses that you’ll find in the park. It is even more exciting how the buses make their way out. 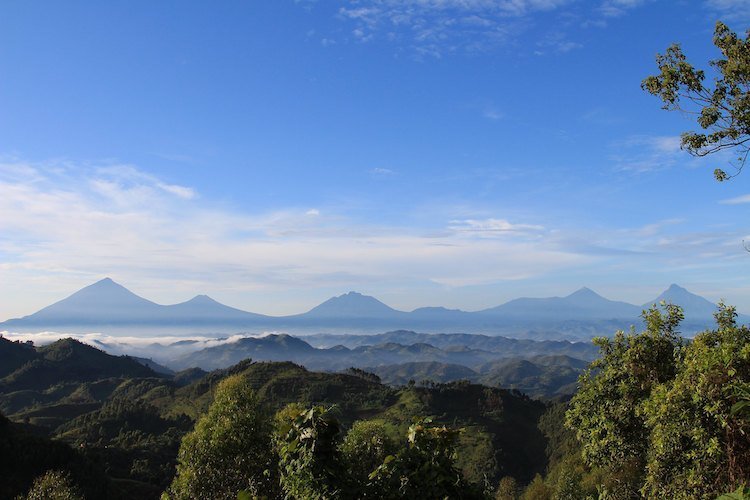 Best Time to Visit Uganda for a Safari Holiday

Russian
Open chat
1
Let's Chat!
Powered by
Hi there,
We're glad you're here. If you need any human assistance, click that chat button to start a conversation with an expert.
%d bloggers like this: