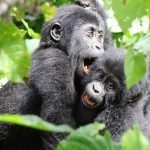 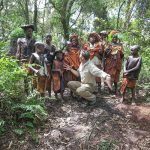 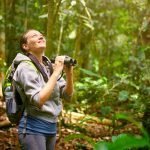 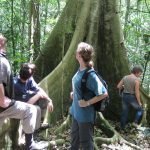 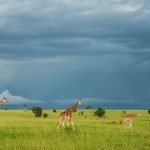 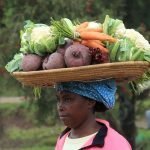 This Classic Primates & Wildlife Safari combines the highlights of Uganda including the exciting chimp walks, wildlife viewing and of course the unforgettable gorilla tracking adventure in the African jungles of Bwindi Impenetrable Forest.

Uganda has the highest concentration of primates on earth, including the endangered mountain gorilla, one of the rarest animals on the planet. This Africa safari is the antithesis of the sedentary safari experience without being overly strenuous and showcases the beauty and rich bio-diversity of the country.

You’ll be taking a local small flight from Entebbe to Kisoro near Bwindi Impenetrable Forest where you’ll track the mountain gorilla twice and visit the local native communities. You’ll also visit QENP for your African savanna experience and fly back to Entebbe from Mweya in QENP

Know before you go

Can I reschedule or cancel this trip?

Rates specified for this tour are subject to change without notice, however, every effort will be made to maintain them. In the event of any change of Government taxes or operating conditions that affect the rates we reserve the right to pass on these charges.

Gorilla and Chimpanzee Permits will be guaranteed ONLY upon receipt of the deposit (US$750 for both permits in Jan to Jun 2020 and US$900 in Jul-Dec 2020) since we need to immediately pay Uganda Wildlife Authority Offices in order to secure the permits.

Arrival at Entebbe International Airport, a Nkuringo Safaris driver will pick you from the Airport and tranfer you to your hotel in Entebbe. (15 minutes)

Start your long awaited Classic Primates & Wildlife Safari with an early morning transfer from your hotel to Entebbe International Airport for Aero link flight to Kisoro. The first part takes us through central Uganda. A view of beautiful landscape of mountains, hills with cultivated terraces, tropical rainforest and bamboo forest and the majestic chain of the Virunga Volcanoes.

Pick up from Kisoro Airstrip and be transferred to the lodge. In the afternoon proceed to Buniga forest for Batwa cultural experience

The highlight of the Luxury Uganda Gorilla Safari starts when you wake early (06:00) have your breakfats and be at the trailhead in time for the gorilla tracking briefing. It’s about 100 meters from Clouds Mountain gorilla lodge to the visitors reception when tracking Nkuringo group southern part of Bwindi Impenetrable Forest National Park Once there you will first receive a briefing and at 8.00am and then start the tracking.

Once you have found the gorillas, you will be able to spend an hour with them. Your time in the forest cannot be pre-determined as every day is different from that previous. On your return to your vehicle you will precede directly to Clouds Mountain Gorilla Lodge. Visit the top of the world in the evening and on a clear day you can see a line of the 5 volcano mountains later retire your day at the lodge.

After a very early breakfast, drive along the Nteko Ridge till the junction of the Ivy River Trail with the forest (7 km) and then start the unforgettable hike across the forest (13km – 4-5 hours).

Bwindi Impenetrable Forest National Park is a vast unique natural reserve – monkeys, duikers, bush pigs and some of Bwindi’s world renowned bird species plus many butterflies can be sighted. If you are very lucky you may even encounter gorillas! Once part of a much larger forest that included the Virunga Volcanoes in neighbouring Rwanda, the park is nowadays an ecological island within a sea of villages and farmland, its conservation importance is immense. The emphasis of this activity is for your walking guide to share his knowledge of the forest with you, it is not simply an A to B hike. The trail is also an important footpath for local people, particularly on market days, travelling from Nkuringo and Nteko to Buhoma, on the northern boundary of the park. There is no road through Bwindi so vehicles driving between the two locations have an incredible 170 km bone jarring journey taking 6 to 8 hours.

Uppon arrival, your Classic Primates & Wildlife Safari driver will transfer you to your lodge in Buhoma sector of Bwindi Impenetrable NP

Experience is a crafty thing, psychologists say that experiencing an activity more than once is more memorable than a single event. This Classic Primates & Wildlife Safari gives you a chance to explore that claim and take on the gorilla jungle for the second time. You can leave the camera and any other destructing thing back at the lodge for the second time gorilla trekking and get deep into the jungle feel.

With an early breakfast and packed lunch, transfer to the trailhead about 2 kilometers from the lodge. Proceed to the park headquarters for briefing before continuing to track the amazing gorillas. Remember each gorilla group has different behaviors so expect something unique from this group.

After an early breakfast, your Classic Primates & Wildlife Safari guide/driver will depart the Africa rainforest jungle and drive you north to Queen Elizabeth National Park and the rich savanna plains of the Ishasha region.

Queen Elizabeth National Park spreads over 1,978 sq km in the western arm of the Great Rift Valley and is home to a wide variety of wildlife including elephants, lions, hippos, buffalo, Uganda kob, baboon, and many species of birds. With both a riverine and savannah habitat, the park includes the southern Ishasha area with its tree climbing lions and Maramagambo, one of the largest surviving natural forests in Uganda. The northern Mweya area, traversed by the equator and dominated by the scenery of crater lakes, is often occupied by large flocks of flamingos. A boat trip from Mweya along the Kazinga Channel, which joins Lakes Edward and George, provides one of the most memorable experiences offered by the park.

The Ishasha area of Queen Elizabeth National Park is rich with wildlife including warthog, water buck, bush buck, leopard, Ugandan kob, elephants, countless bird species and even the rare giant forest hog. The Ishasha sector of the park is known for its famous tree climbing lions sometimes found lying about in the branches of the native fig trees.

Get on a break of down morning game drive in the savanna plains and return to the Lodge just in time for Breakfast. After breakfast and a breather, depart the lodge with packed lunch to Kasenyi sector of Queen Elizabeth National Park, you will proceed to the Mweya Penisular, overlooking Lake George and Lake Edwards, to enjoy a unique two hours boat cruise on the Kazinga Channel. This launch cruise gives you a great opportunity for photography, animal and bird watching at close range; over 606 birds species have been recorded in this park and most notably along the Kazinga Channel.

This Africa safari doesn’t get any better with a third day in the African savanna plains: what a vacation.
After an early Morning warn up tea or Coffee, your Classic Primates & Wildlife Safari guide will gracefully take on the golden morning and head for a game drive along the Kasenyi tracks in search of animals like: Lions, cape buffalos, elephants, warthogs, waterbucks, spotted hyenas, Mangoose, kobs and if your luck, the leopard is often spotted.

After that intense drive through Africa’s fiercest jungles, you’ll proceed into the Kyambura Gorge to track Chimpanzees.

The gorge is within the savannah sector of Queen Elizabeth National Park. This 16 kilometre long scar in the earth is home to a group of habituated chimpanzees, baboons, monkeys and birds. The gorge is about 100m deep to where organized chimpanzee trekking can be conducted; bird watching, nature walks and sightseeing can be undertaken from the visitors centre.

After tracking, return to the Lodge and in the evening conduct another Game drive in the Kasenyi Plains.

Day 9: Fly from QENP to Entebbe

After breakfast proceed to Mweya Penisular for scheduled flight to Entebbe – relax at Papyrus Guesthouse and later transfer for evening flight. End of the Classic Primates & Wildlife Safari.

Accommodation & meals:
No Accommodation but clean up and refresh at Papyrus before your flight.
Breakfast, Lunch