Everything you need to know about mountain gorillas | Nkuringo Safaris Uganda

Mountain gorillas are a fascinating animal species that live an elusive life. Not many people get to observe them in their natural habitat and this means very little is publicly known about them. It’s only those who manage to pursue them to their mountainous abodes that get to experience the rare joy of watching a mountain gorilla family live together, providing an inside look into what really transpires in this kind of family set up. Nevertheless, the following are interesting facts about mountain gorillas that you’d be pleased to know.

1. They are our close relatives

You’ll be surprised to know just how close the genetic makeup of humans is to that of gorillas. Research has shown that we share over 98% of our DNA with them. And just like humans, this species of animals also have a special identifier. While humans have fingerprints, gorillas have a distinct nose pattern that differentiates one from the other. The similarities are not only biological but also extend to geography. The landscapes where you’ll typically find mountain gorillas are known to house the highest densities of rural human demographics in the entire world. The unfortunate thing is that this close proximity to humans comes with exposure to threats such as the spread of ailments and human-wildlife conflict. 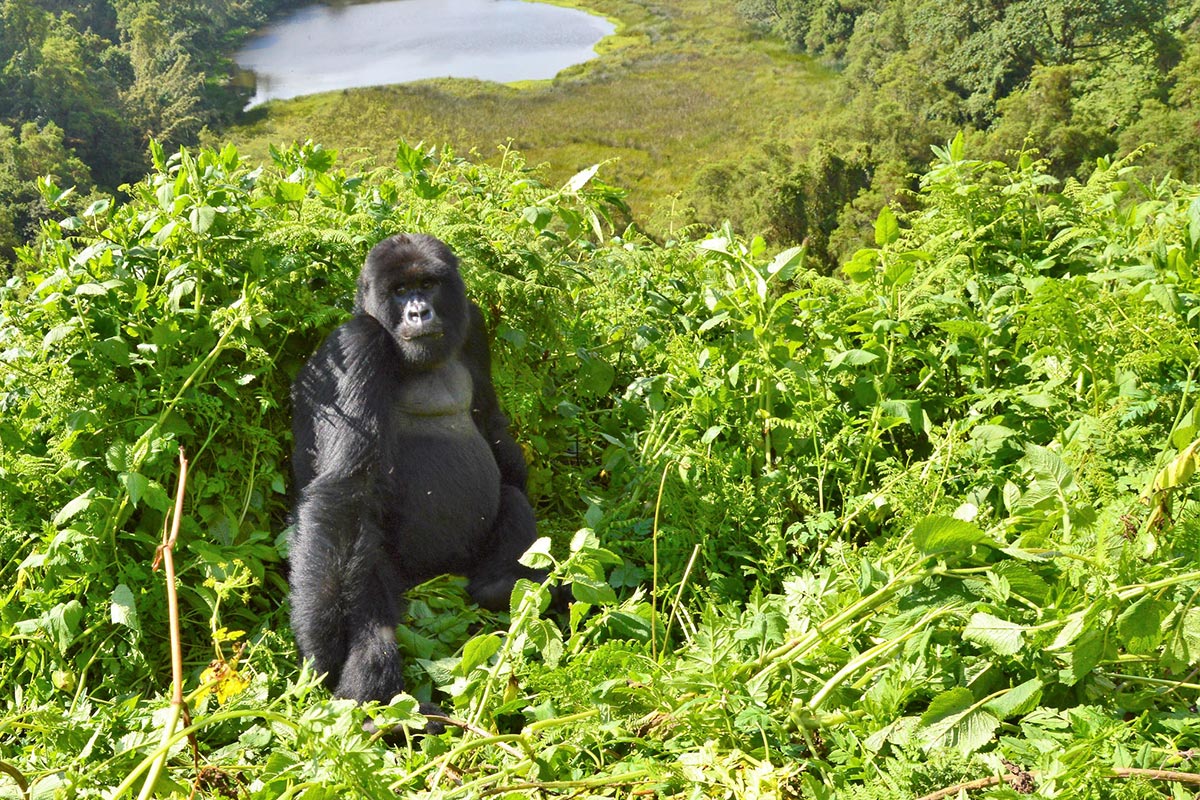 2. They are only found in Africa

Africa is the only place in the world where you’ll find a mountain gorilla in its natural habitat and they live in just two populations. One of them can be located in the Virunga volcanic mountains, East Africa within a trio of national parks: Volcanoes in Northwest Rwanda, Virunga in Eastern DRC, and Mgahinga in Southwest Uganda. The other population is in Bwindi National Park, Uganda.

3. They are shy but very strong

Don’t be misled by what you saw on “King Kong”; mountain gorillas aren’t always the aggressive beast that is depicted on the big screen. On the contrary, they are actually quite shy. According to locals who live near their habitat, a gorilla will never come after you if you look it straight into the eye and maintain eye contact. However, they can be extremely intimidating when their habitat or family is under threat. They thump their chests and let out roars and grunts in anger. In extreme situations, an alpha male or a mother will charge at the threat and fight to the death just to protect their offspring.

The largest family of mountain gorillas ever known and studied was in Rwanda and led by an alpha male called Cantsbee. The silverback is the oldest known of its kind in the world and leads a troop that comprises several young males, juvenile and adult females, as well as infants. 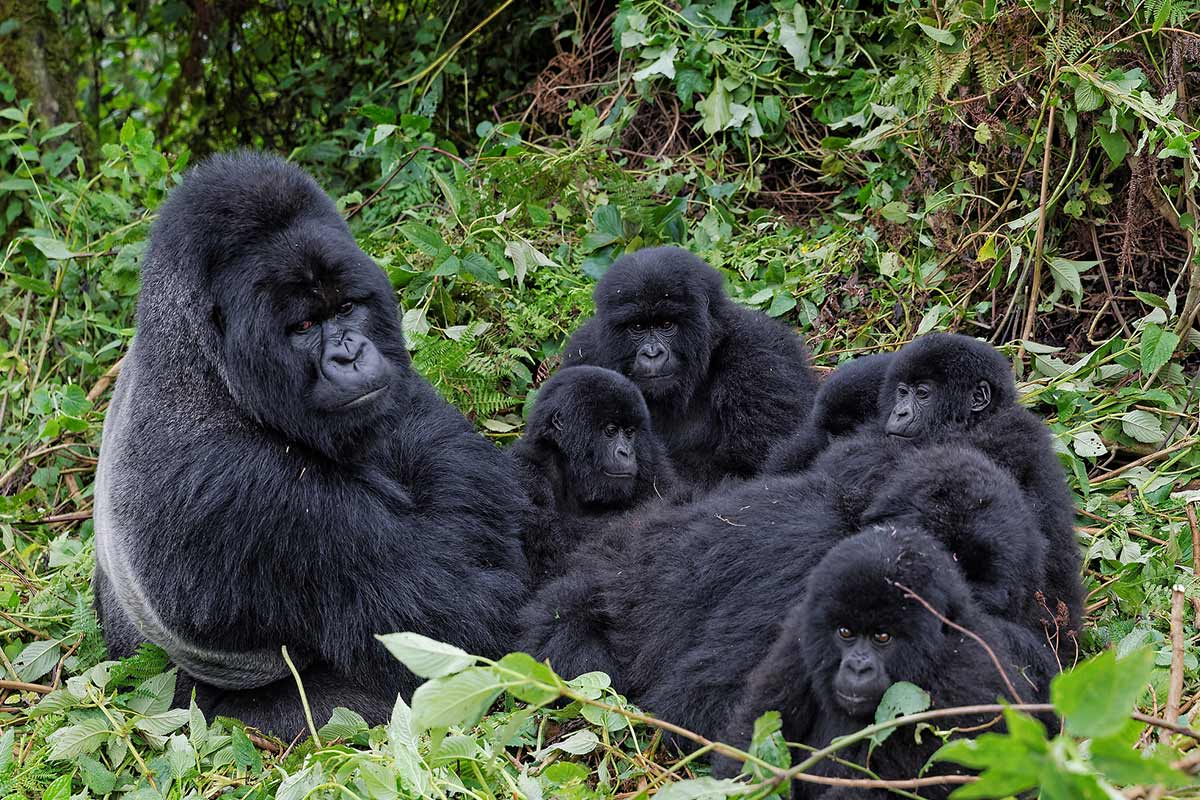 Most people assume that the word “silverback” refers to a species of mountain gorillas. However, this is the name given to a mature male gorilla and it originates from the coat of silver hair that emerges on their backside. The same way human hair turns grey when they age.

6. Silverbacks lead and protect the group

Aside from leading and protecting the family, silverbacks play the role of maintaining order and deciding the activities a group of mountain gorillas will partake. This will include what route to take when moving, feeding trips, and resting time. They are also almost solely responsible for mating with the adult females and bringing infants into the family.

7. Females start reproducing as early as the age of 10

Female mountain gorillas will typically carry one or a pair of infants at any one time which are given birth to after a gestation period of eight and a half months. Generally, the female will bear two to six offspring during her lifetime. 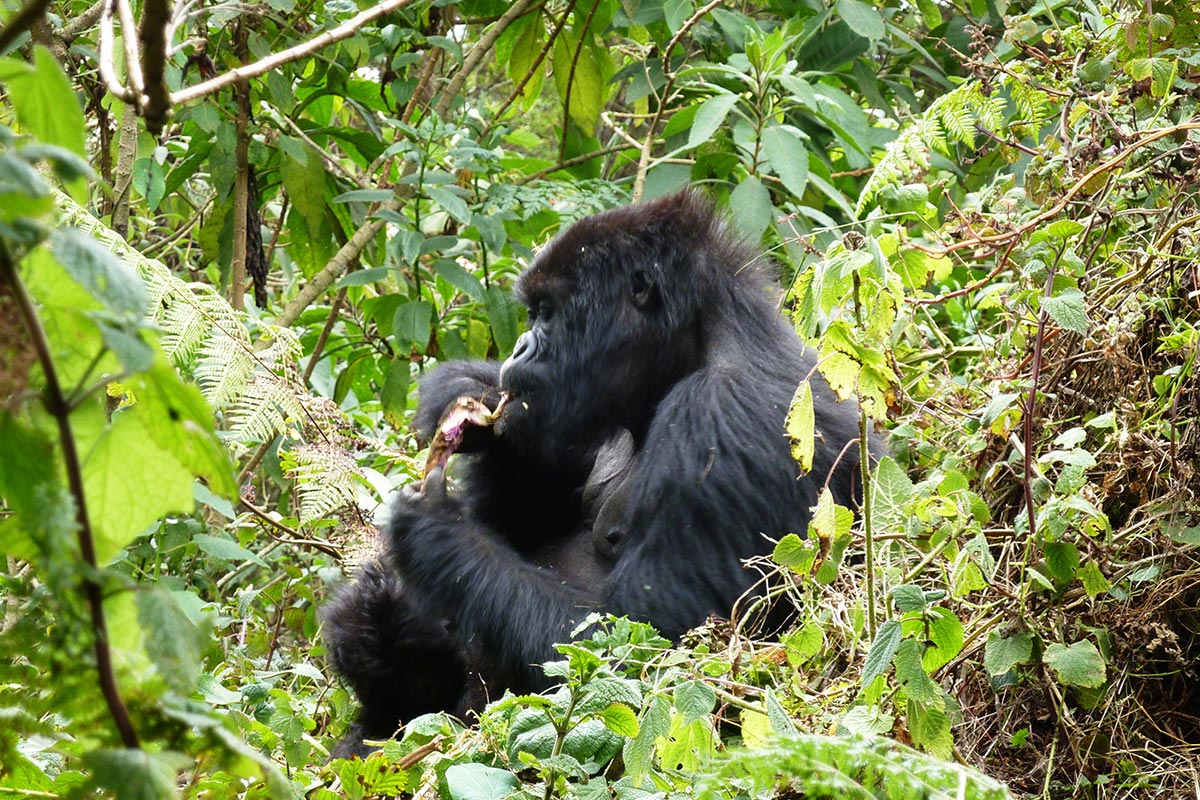 Given the size of a full-grown silverback, who can weigh between 140 and 180kg; you’ll be surprised to know that mountain gorillas only feed on leaves, stems, and shoots. Nevertheless, what lacks in variety is surely made up for in quantity. A gorilla will spend almost half of its time foraging. Their habitat in the mountain provides ample diet in lush green forests that are perfect to keep the eating going. However, there has been continued degradation of their habitat, thanks to human activities like deforestation and charcoal burning.

9. They are money makers

On average, a habituated gorilla can indirectly attract up to 2.5m Euros in revenue from tourist income during its lifetime. There are numerous people who visit parks and sanctuaries to see this exceptional species and the numbers have only increased over the years.

10. They love a comfortable sleep

Mountain gorillas are known to construct nests for the purpose of sleeping every other evening. And once in a while, they may just build one for their afternoon siesta.

Would you love to see gorillas in the wild? Contact us, to find out more or email [email protected]. 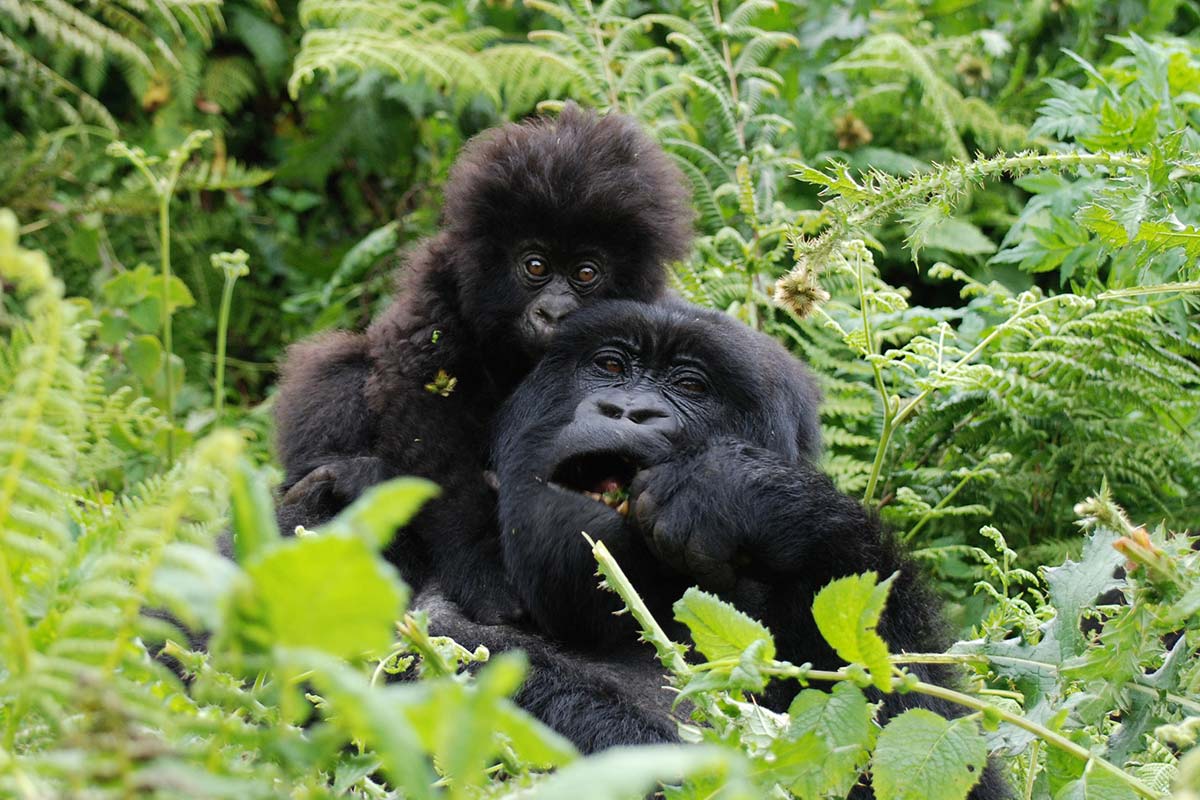 Protecting gorillas and chimpanzees from COVID-19 in Uganda

Russian
Open chat
1
Let's Chat!
Powered by
Hi there,
We're glad you're here. If you need any human assistance, click that chat button to start a conversation with an expert.
%d bloggers like this: